On 25th September 2015, political leaders from around the world committed themselves to a series of global goals with a view to eradicating poverty, protecting the planet and promoting prosperity. At some point over the past few months, you’ve probably seen the seventeen-tone logo chosen to represent these Sustainable Development Goals (SDGs), among which feature urgent campaigns to end poverty, promote quality education and gender equality. 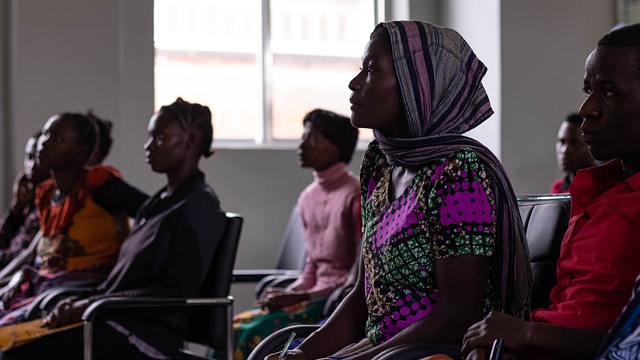 More than four billion people around the world still do not have access to the internet, a phenomenon that has become known as the digital gap. Whilst more than 85% of developed regions (Europe and North America) surf the net on a daily basis, less than 40% of Africa can enjoy the same luxury, a continent where gender discrimination affects more women than men: for every 100 men, there are 122 women between 25 and 34 years old living in extreme poverty.

Faced by a scarcity of economic resources (many countries are lacking an adequate telecommunications infrastructure, especially in rural areas) and of investment into training qualified individuals to manage this infrastructure and better understand the sector, initiatives such as the one Ironhack launched last September called The Algorithm is Female, are becoming even more necessary for fighting for inclusion and technological development.

Nepalese electrical and communications engineer Neha Khachhibhoya was the torch-bearer for an action carried out in collaboration with the Spanish sustainable fashion firm Hemper. The movement was set in motion to try and increase female presence in the technological sector and open the door to opportunities for those women who don’t have daily access to the internet. This is how Neha came to attend the bootcamp at Ironhack’s campus in Barcelona, having participated in a collaborative event set up in Kathmandu with the NGO Girls in Technology Nepal. 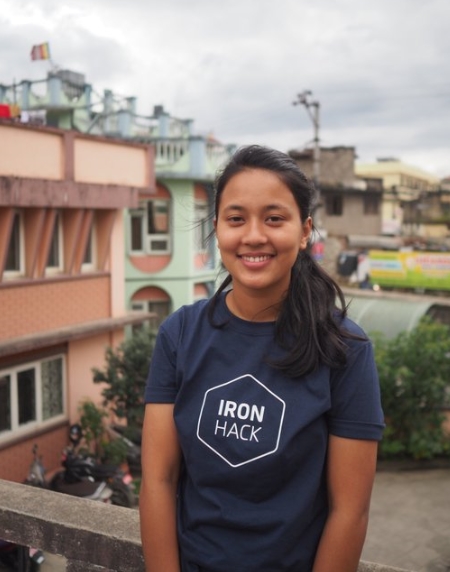 Nepal is among the five poorest countries in Asia, where 80% of women have never been to school and where only 6% have access to the internet. By helping people like Neha, we help create agents of change who can apply their newly acquired knowledge to resolving problems in society, thus contributing to one of the key SDGs: providing an inclusive, equitable and quality education to all by promoting opportunities for learning.

The Chinese-Andalusian illustrator Quan Zhou Wu, best known on social media as @gazpachoagridulce, explains how “not all people are born with the same opportunities. I have more freedom for having been born in Spain: I got a different education and can access dignified work a lot easier than in a developing country. When you’re born in a developed nation, by default you’re going to be better off”.

According to her, “the internet is an essential lifeline in the fight for equality. It has its pros and cons, given that we’re more susceptible to information intoxication and fake news. But it also allows us to connect with good people, learn from them and even meet them in person. I’ve become very good friends with some people I’ve met online”.

In regard to how we can use technology to break down barriers in terms of poverty and discrimination, Quan believes that the creation of platforms can help us raise awareness and empathise with others, to which she adds “our objective should be to enable people that live in poverty and are discriminated against and facilitate their independence, replacing the patriarchal perspective that always refers to helping. It reminds me of the saying, give man a fish and you feed him for a day, but teach him how to fish and he will eat forever. The answer lies in education”.

Projects such as Alliance for Affordable Internet (A4AI) are working to make broadband a universally accessible resource. That’s their goal, under the premise that that technology is blind to age, gender and borders, making it a fundamental tool for social evolution. Cyberactivism, the collaborative economy and viral campaigns on social media networks are just three examples of catalysts for change that the digital sector plays a vital role in facilitating. But, at the end of the day, inspiring long-term sustainable solutions is a responsibility we must all assume. 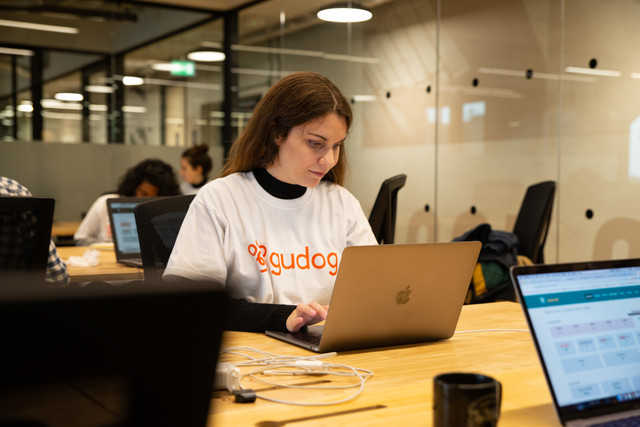