My Mother, the Tech Trailblazer by Ironhack's VP of People and General Counsel 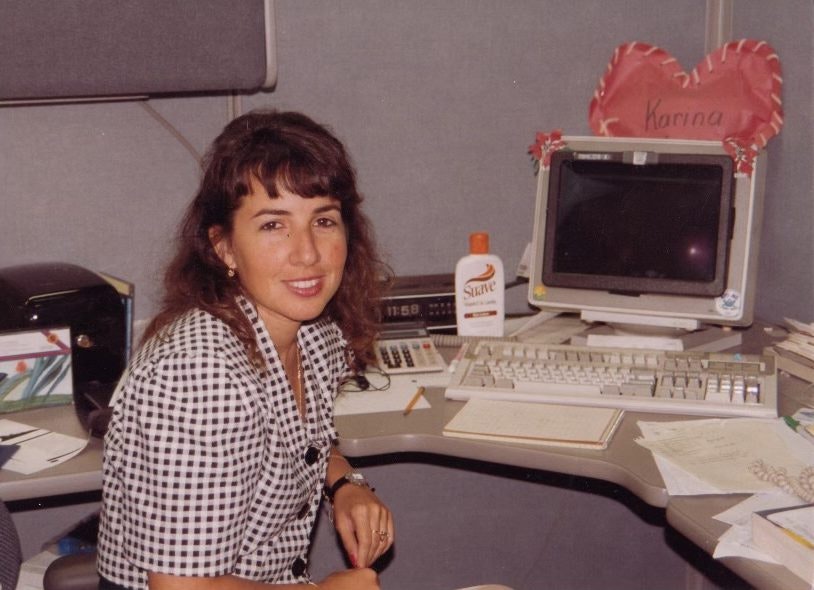 In honor of Mother's Day Ironhack's VP of People and General Counsel, Karina DuQuesne, tells the story of her inspiring mother and takes us on a journey through her tech career. 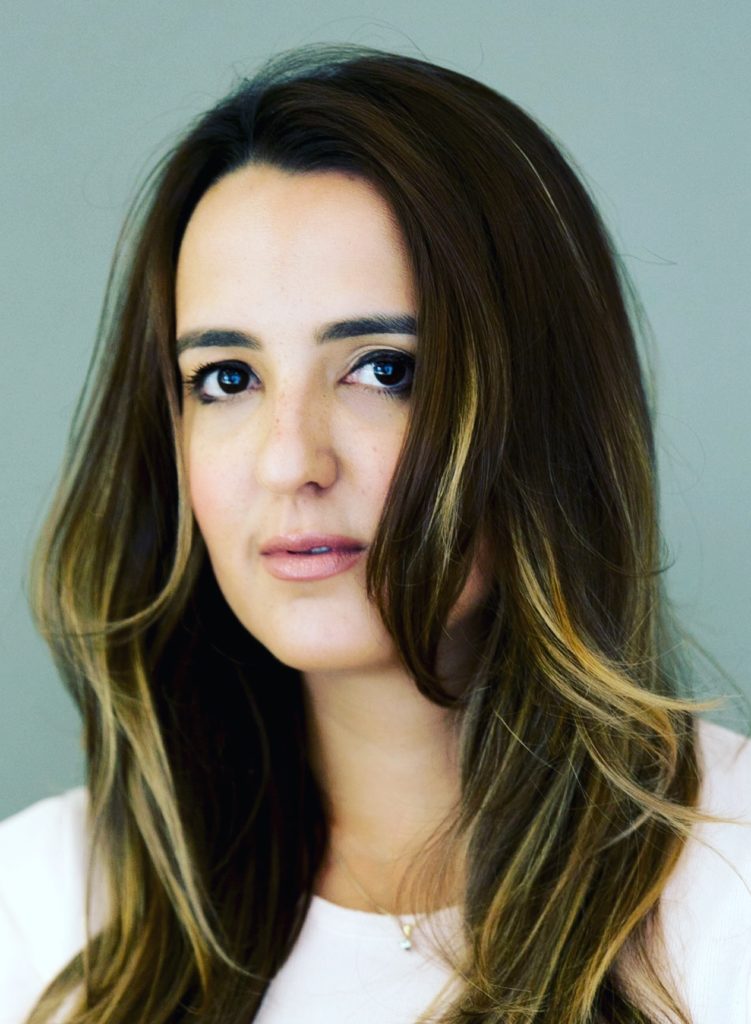 If you’ve met my mother you know that this tribute does not even begin to explain the impact that she has had on the lives of so many, especially mine.

My mother, Iris Diaz de Villegas, is a tech trailblazer. She also happens to be an immigrant, mother, grandmother, sister, daughter, boss, mentor, and if there was an award out there for best friend to so many, she would win every time. Like so many women in tech today, I owe everything I am and everything that lies ahead to her – but for the courage of our mothers to take risks, dream bigger, and never give up, we wouldn’t be where we are today.

When my mother left Cuba at the age of 13, she had no idea she would never return or that she would never see most of her family ever again. Her story, like that of so many Cuban exiles, has been filled with difficult moments and realities, but also incredible triumphs. She left Cuba for Spain and lived there for three years before making her way to the United States where she became the first person in our family to attend college. She began her studies at Mercy College in New York, but her family ended up moving to Miami in pursuit of better opportunities. Soon after moving to Miami she met my father, got married, and at 26 she was the mother of two children, my brother Alberto, and me! Although by this age she had faced more adversity than many face in a lifetime, she was just getting started.

In the mid-1980s the personal computer had made its way into individual homes, and with that the gender gap in tech began to widen – any gains to attract women to the field quickly disappeared. However, my mother did not let the leading narrative of the time stop her from pursuing her dream of obtaining a college degree in computer science and building a career in technology. By my first birthday she was already working as an administrative assistant at Coulter Corporation, a revolutionary company in healthcare with a huge focus on technology. By the time I was five years old she was almost done with her degree from Miami Dade College. One of my earliest memories dates back to the many Saturdays I spent with her at MDC’s campus in Hialeah. I remember coloring and reading quietly in her classroom while she finished her credits. A huge shoutout to her professors and classmates for allowing a working mom to pursue her dreams even if it meant having a five year old interrupt their class.

By 1991, my mom was no longer an administrative assistant and had been promoted to computer programmer. For the techies out there, she first started coding C++. A few years later, I was invited to tour Coulter’s headquarters and spent the day working with my mom as part of their Take Your Daughter to Work Day, a then-new national initiative that sought to inspire young girls to dream bigger by showing them what is possible beyond the stereotypes.

Are you enjoying this article? Keep learning about !

She was an early adopter of all technology, including laptops, personal CD players, cell phones, and satellite television.  During this time, the internet was still in its infancy. Access to the world wide web from home was still quite limited. Thanks to my mother though we were surfing the web when most didn’t even know what the internet was all about. For those that can remember this far back, this means that we were early adopters of Prodigy, a pre-web 1.0 of sorts. As a result, my immersion into technology, math and science began as soon as I could use a keyboard. My mother taught me how to play games on her personal computer at home, particularly math games. A decade later, I would become the pro bono Calculus tutor to all my friends while in college.

Around 1995, she moved on to a new company, Celebrity Cruises (later acquired by Royal Caribbean), where she would become a Manager in the IT department, overseeing a group of computer programmers. Having a #bossmom as a young girl made me believe I could achieve anything I put my mind to, including becoming a #bossmom myself!

When I was a sophomore in high school she secured me an interview at Royal Caribbean for their technology high school internship program offered to children of employees. And just like that, all thanks to my mother, my first job ever was in technology! I spent a summer learning how to build basic web pages and manage large sets of data.  After 9/11, the world of travel froze and my mom found herself out of a job, but despite the setback, she persevered once more and found a job at a healthcare data services company. Eventually, she would make her way back to Royal Caribbean, where she still works today managing a team of technology professionals. 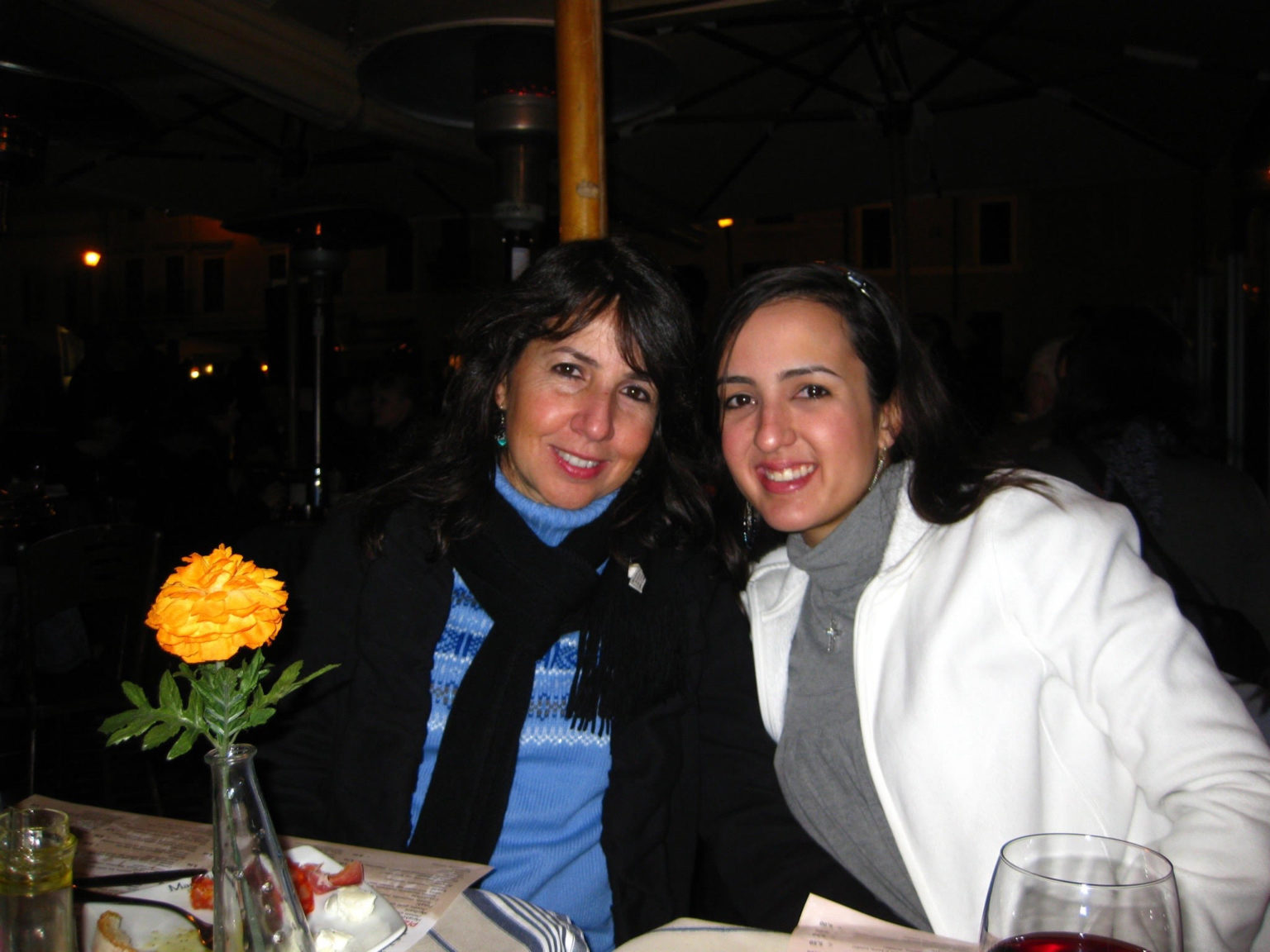 And while the narrative around women in tech has not changed as much as we’d hoped in the past three decades (the women in tech gap is still larger than it was in 1984), I can’t help but feel so proud of her and the generation of women like my mom that made the reality of today possible – this includes a much narrower gender pay gap and materially increased representation in boardrooms.  Without their continued efforts and tenacity, the challenges we face today would be much larger and the opportunities before my generation of women would not exist.

Because of her, I grew up to believe my dreams were not just dreams, they were possibilities, and that those possibilities, with hard work, courage and perseverance could become realities. Today, I am proud to be living one of my dreams — to work purposefully in a career that paves the way for more women Karina DuQuesne to build careers in technology. My mother’s successes may seem modest to some, but they have made all the difference in my life.

It is oftentimes the quiet yet powerful stories like hers that change narratives and shape the generations to come. I am so very lucky to be my mother’s daughter. Happy Mother’s Day, Mami.

This article was originally published in Refresh Miami 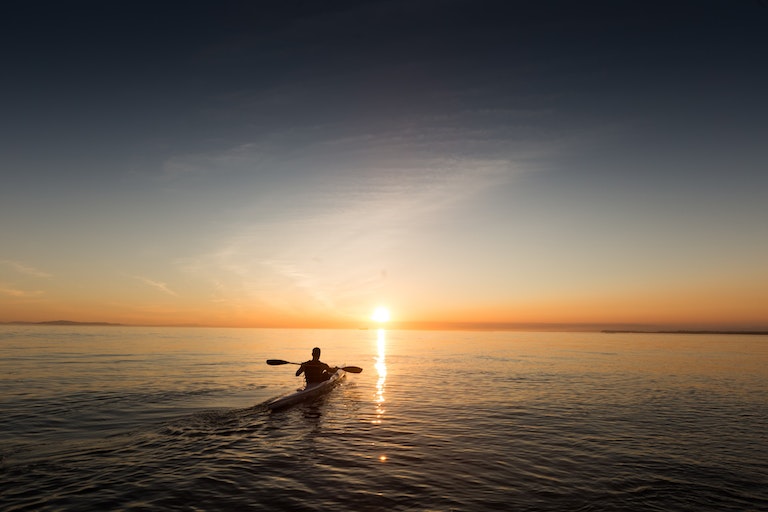 4 Tech Leaders Who Dared To Change The Game 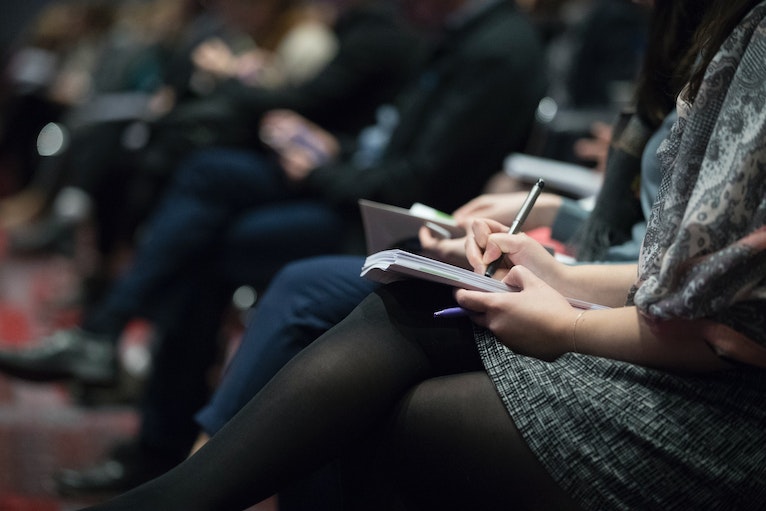 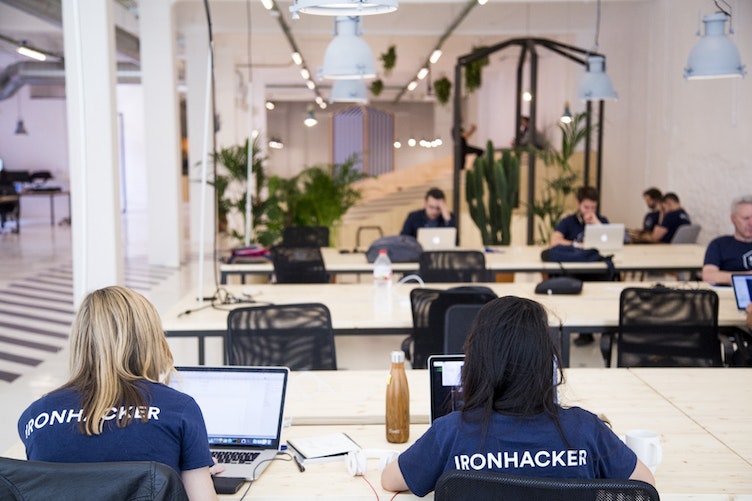 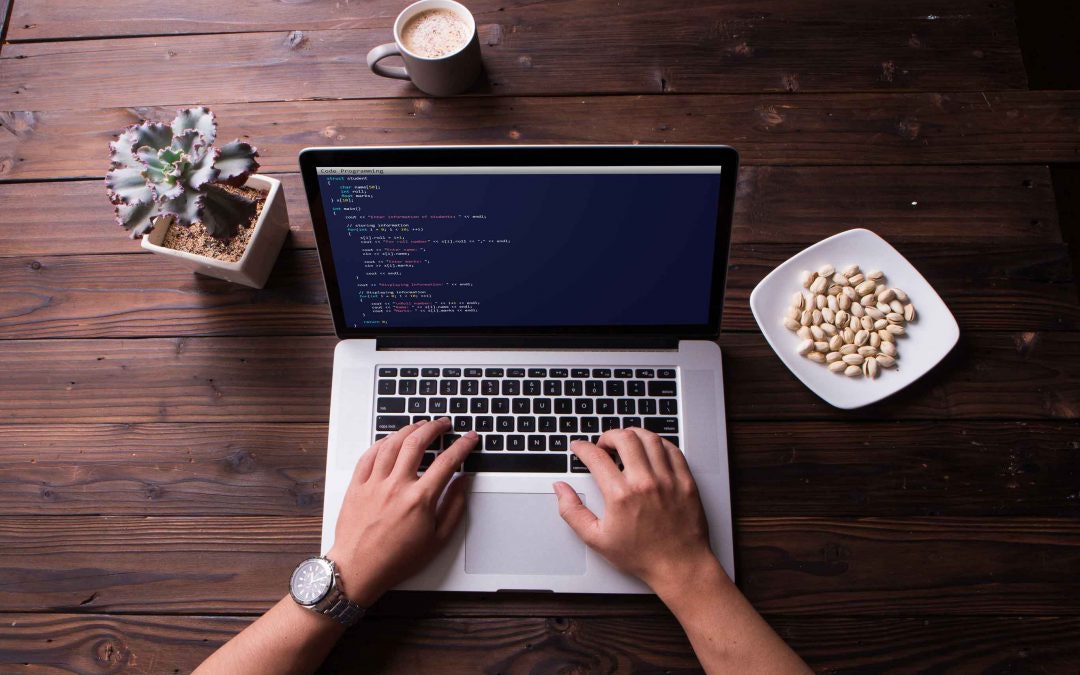 My Life After a Coding Bootcamp: From Restaurant Manager to Web Developer 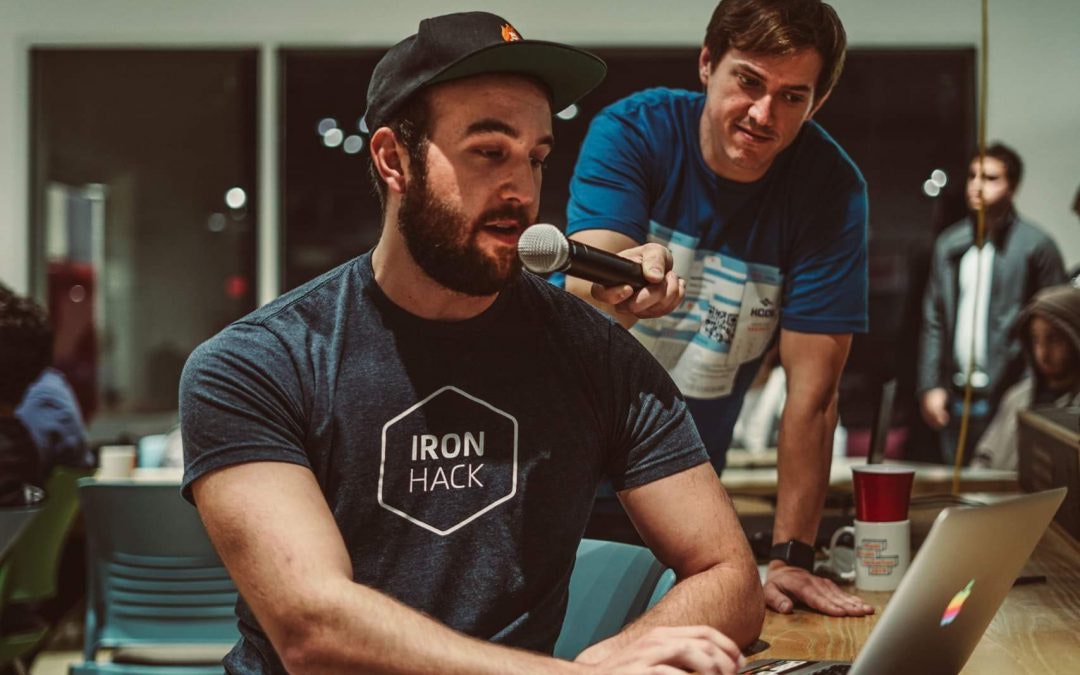 10 Tips for Conquering a Hackathon 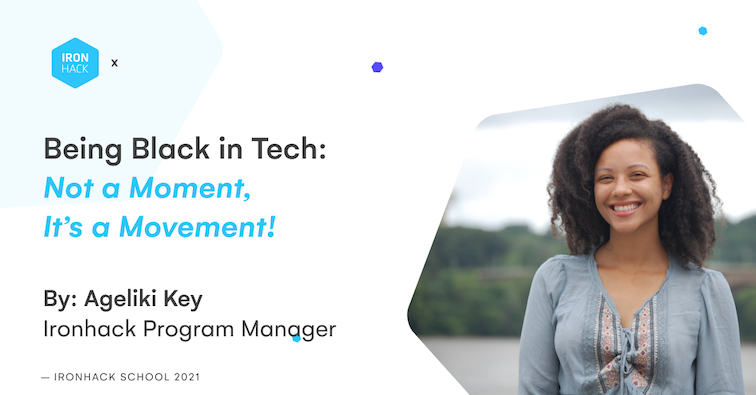 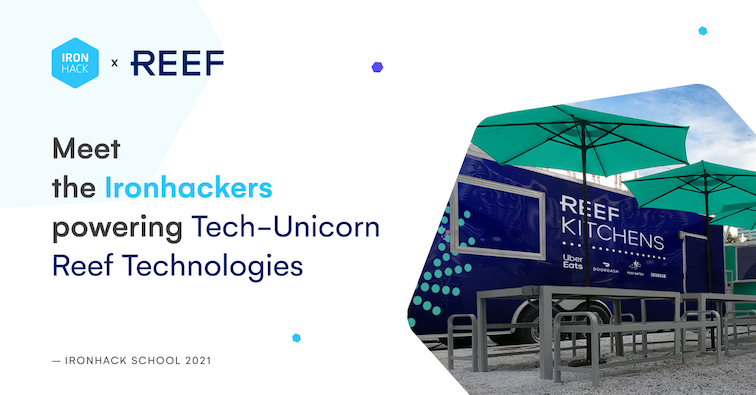 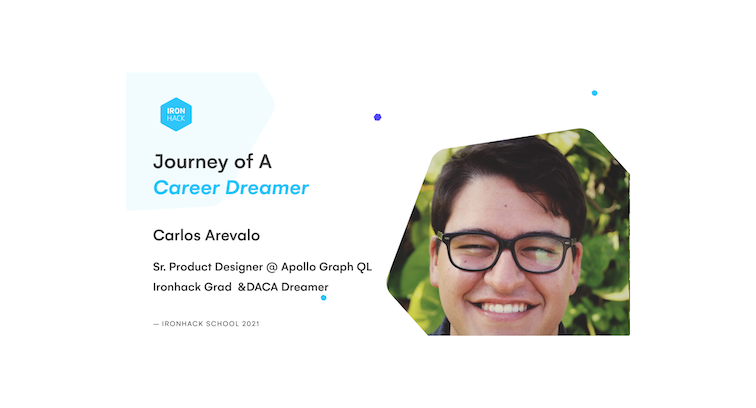 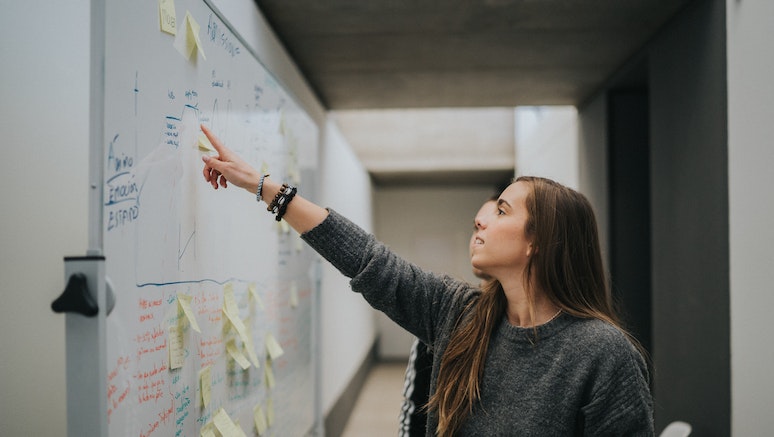