Join our immersive UX/UI Design bootcamp and get the hands-on skills you need to land a job in the growing tech industry. Learn user experience, research, Figma, design thinking, and much more. 9 weeks full time or 24 weeks part time, in person or hybrid format. Download the syllabus, meet our teachers, and check our financing options. See all the information here!

Develop the skills you need to launch a fulfilling career in UX/UI design with our 24-week part-time course or our fulltime nine-week bootcamp.

All our courses include

Your path to a new design career 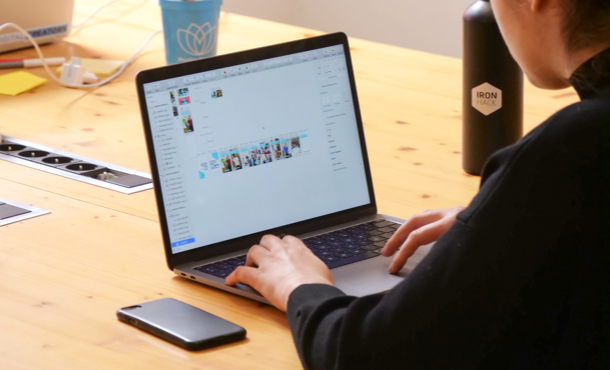 In the first 40 hours of your UX/UI design training, you’ll learn the basics of design thinking, interaction design and state-of-the-art design software. Once you’ve received instructions for setting up your tools, you’ll complete specially designed exercises to:

3. perform basic HTML and CSS practice work that is essential for the bootcamp’s design implementation section.

Once you’ve wrapped up these online prep materials, you’ll be all set to start the course off right!

Want to learn more about Ironhack and our UX/UI design bootcamp in Madrid before applying?

Careerhack is Ironhack's Career Services program. It's designed to help Ironhackers identify their ideal outcome, and reach it as fast as possible. We've helped thousands of students land their dream job in tech. Discover how we will help you! 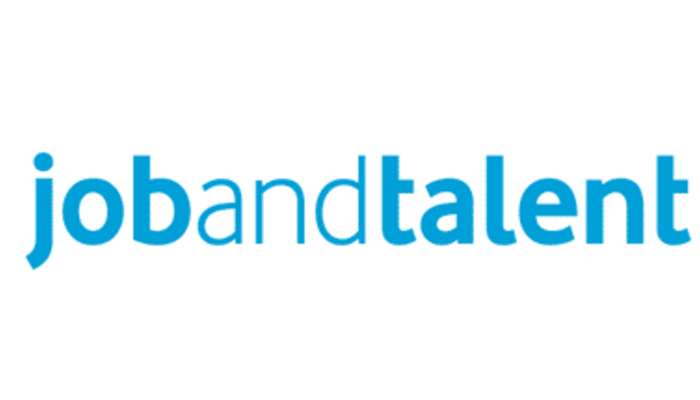 We currently don't offer this course in this location. Check out other locations or courses!

Our courses fill up fast. Secure your spot at Ironhack by making an advance deposit when you are accepted into the program. Deposit amount: 750€

Our financing options at Ironhack

Do you need help with the payment? Our financing options help you find the support you need so you can focus on your career and developing new skills.

The perfect option for those who don't want to take a loan but pay in smaller installments. Tuition payments can be deferred until students begin their training!

This Lending-as-a-Service (LaaS) platform helps manage affordable student financing programs around the world. You can select from several loan plans, depending on your specific needs and financial situation.

Loans for local and international students

Pay nothing until you land a job! We are committed to your success, which is why we have teamed up with StudentFinance to offer you the new income sharing agreements. This pay-for-success financing model gives you access to education funding in exchange for a fixed percentage of your post-graduation income over a set period of time. You won’t pay anything until you land a job, and your rate will be based on what you make! Keep in mind that this financing option has a limited number of spots per course and it's only available once you've completed the admissions process. Conditions for this option are based on your motivation as well as the results of your technical assessment.

Application process for the UX/UI design courses in Madrid

Apply to the UX/UI design course that is best for you.
02

Our admissions team at Ironhack Madrid will contact you to schedule a personal interview and make sure that we can help you meet your goals in UX/UI design.
03

After the personal interview, you will need to pass a UX/UI design technical assessment to show that you are ready for our fast-paced learning environment.
04

Once you have completed the technical assessment and paid the deposit, you will be granted access to the prework. The prework is fundamental to the UX/UI design program, and you must complete it before starting the course in Madrid.
05

Once you have completed the prework for at Ironhack , you will be ready to begin learning!

A typical day at Ironhack Madrid

In the course-ux-ui-design-campus part-time course, you will study on weekdays from 6:30 p.m. to 9:30 p.m. (either Monday and Wednesday or Tuesday and Thursday, depending on the campus and cohort) and on Saturdays from 10 a.m. to 5 p.m. The schedule may be subject to changes depending on the chosen campus.

Start things off energized with a fresh cup of coffee before we review and discuss yesterday’s exercises. Learn to manage your time and stay productive through the key strategies of Agile and Kanban.

Discover some fresh ideas in the first lecture block! During the project weeks, you will use this time working on developing a UX/UI project all on your own, where you’ll apply the design concepts you’ve learned in previous lectures.

Develop a project based on a brief in small groups. Implement all of the design concepts you learned in the previous lecture block, then receive feedback from your group. The lead Teacher and teaching assistants will assess and give advice on how to move your work forward.

Time for a well-earned break! Our campus is centrally located, so there’s a multitude of great food options nearby.

Continue working on your UX/UI project and designs. Afternoon lectures build upon what you’ve learned so far with yet another set of design skills and UX/UI techniques.

Create your own UX/UI project! First find a problem and then solve it by designing an original app through which you can apply the UX/UI course’s concepts. When each project day comes to an end, you can showcase your achievements to the class. This is a key part of the course, as every designer is, in essence, a communicator!

is a remarkable city for designers! Lose yourself in meetups, networking sessions and workshops, or remain on campus to catch up on your work.

Start things off by discussing what you did the prior day, then learn how to keep your projects productive using the Kanban and Agile methodologies. Each lesson is approximately 50 minutes, with a short break in between each one.

Receive a short briefing of a UX/UI design project and develop it on your own. You will individually apply what you’ve learned so far.

After your daily standup, the second weekday will continue with new lectures in , each lasting approximately 50 minutes.

Continue working on your UX/UI project and implementing what you’ve learned during the day. With the help of your lead teacher, teaching assistants and classmates, you will be able to take your design work the extra mile.

Standup starts things off on Saturday, followed by two 50-minute lectures separated by a break.

Apply what you learned in the morning to your individual projects and case studies, continuing to iterate your designs and ideas to perfection.

Time to eat! Take a break and recharge with any one of the fantastic food options within walking distance of our centrally located campus.

Jump right back in after lunch with even more theory and lectures from your lead instructor.

As Saturday comes to a close, show your class what you’ve achieved during the week. This is a key aspect of the UX/UI design course, as every designer is, in essence, a communicator!

Why should you study UX/UI design in Madrid

Right hand of a startup nationMadrid is home to many of Spain’s startups, with more than 1,200 based in the city. Its biggest, Cabify, is worth over $1 billion, and has brought with it a huge wake of tech business and community. In conjunction with Barcelona’s startup scene, Spain is widely expected to become a major startup nation in the coming years.
Explosive investment growthMadrid’s tech investments have grown rapidly over the last five years. Last year, in particular, Madrid based startups received €342 million in investments, a record for Madrid. This rapid growth is also marked by Atomico’s recent investments in Madrid-based companies. As one of Europe’s largest tech-investment funds, Atomico invested in Ontruck, a transport app, and JobandTalent, a digital temp-work platform. With Madrid’s tech sector’s relatively recent growth, companies and investors are investing in more and more projects.
Booming UX/UI eventsMore than 110,000 computer developers currently live in Madrid, and that number is only rising. This massive community is made up in large part by designers, which has led to a huge number of UX/UI design events in the city. One of the best is Experience Fighters, a conference that brings together clients, investors and designers under one roof. Hosted in a new expanded space, an international range of speakers offer an ever-widening range of UX/UI perspectives to attendees.

MPULSE implements lean UX and design thinking to create the ultimate place for music fans to follow their favorite bands.

Blinder is a dating app that finds matches based on hobbies, tastes, etc., rather than simply using photos.

Madrid’s burgeoning tech scene has only enhanced its world-renowned nightlife, but not at the cost of its history. If you need a breather from Madrid’s unbeatable bars and clubs, try out the Golden Triangle of Art – the Prado, Reina Sofia museum, and The Royal Academy of Fine Art.
And when you’re ready to eat, loosen your belt for all the internationally recognized taverns and restaurants. In fact, the gastronomy scene is nearly as explosive as tech, with a new influx of experimental restaurants in the city center.
Madrid’s many distinctive neighborhoods offer completely different experiences, from the funky Malasaña, to the chic Salamanca. And once you’ve had enough of the city, some of the Mediterranean’s best beaches are only a couple hours away, and the surrounding mountains will make you feel like you are standing in a postcard.

We are committed to helping you start your career in tech. Our financing options range from traditional loans to pay-for-success models so you can choose the option that best fits your needs. Simply get in touch with our admissions team and they will give you more information about the available options.

Get in touch with our Admissions team