"From Business Analyst to Queen of the Dragons". Despite her English sounding name, Julia Miller is of Kasac/German origin. Today, Julia lives and works in Berlin, where she oversees a merchandize tool as Product Manager at Zalando. Now she is taking a short ‘sabbatical’ to do a 9-week bootcamp at Ironhack Berlin. Her goal? Learning how to code. 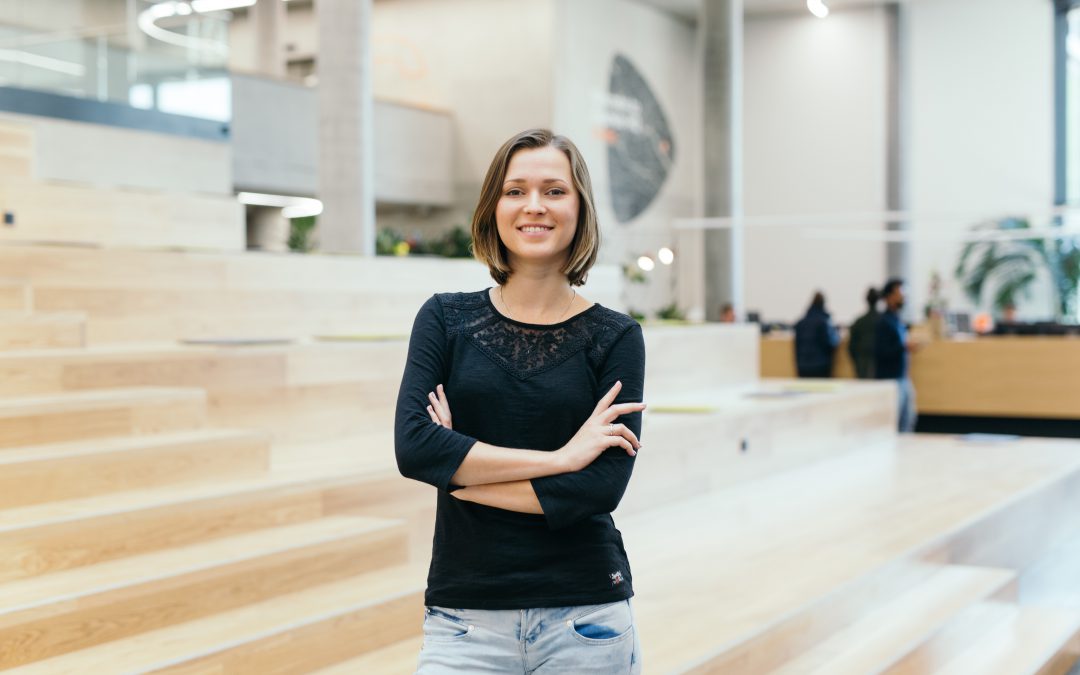 This is part 1 of a series that follows Julia’s journey at the bootcamp, and looks at the ways coding can strengthen leadership and teamwork and how companies can encourage this.

It all started in 2016, when Julia joined Zalando as a Business Analyst. Having recently graduated from her studies at HTW (Fachhochschule für Technik und Wissenschaft Berlin), she decided to rejoin the company where she had already spent time as a working student, largely because she appreciated the company culture.

That she leaped from Business Analyst to Product Manager only one year later was maybe a little unforeseen, yet also an organic process, as Julia describes it. Besides working as an analyst, she had already been supporting the Product Manager with the tool for some time, so when he decided to leave this position, it was suddenly up to her to take it over. “I was the one who understood the product best”, she explains.

Now, after two years in the position as Product Manager, Julia has successfully mastered the management of her product –  the ‘in-season management tool’ – and the coordination of the many stakeholders who use it, but she always felt there was something missing. She wanted to understand the technology behind it all. “After two years in the position, I realized I had mastered the product, but the biggest need was the technical part”, she says.

An obvious way to learn the missing tech skills could have been an online course. However, describing herself as a very social person, she explains, “My weekends and evenings can be pretty full, so I knew between work and a course, I wouldn’t manage”. She decided to consult a few of her fellow engineers about different in-class programs in Berlin that were full time, and after scanning the market and the different curriculums offered, they recommended Ironhack.

Of course, the process of attending the course did not happen overnight. To ensure that her team could manage well without her, she began her research in 2018 and did some thorough planning before her nine week leave. She smiles, “They have been really cool about not messaging me for anything, and I have to say I’m really grateful because it lets me concentrate entirely on my learnings here”.

Indeed, improving her technical knowledge was her idea at the start, but Julia was never alone in her endeavour. She got a lot of support for her decision to take what she casually calls a ‘sabbatical’, most notably from her lead Lasse who she describes doing “the coolest thing any lead ever did for me”. He encouraged her every step of the way, making sure that she had the necessary time off and making a training budget available to assist with the costs.

Today, one year after her decision to do the course, she is part of the Ironhack Web Development Bootcamp, getting a full stack education in Javascript on the frontend together with its equivalent NodeJS on the backend in a course that is both challenging and intense. However, as Julia explains, the programming language itself is not the most important thing about the Bootcamp. She cares more about understanding the logic behind coding, which is similar no matter what coding language you learn. “I truly believe that when learning how to code, it doesn’t matter what language you learn. I think it’s more about the configurations and structures, and also learning about the culture and way of working around it”. She continues explaining how getting familiar with tools like GitHub or Visual Studio as well as learning how to implement API’s is extremely helpful to understand the processes and environment around coding.

After all, for Julia, the motivation to learn coding goes far beyond just understanding the tools. As she now guides a team of 7 engineers, it is also about understanding their workstyle, speaking their language and being able to truly connect with them. “Speaking the language of the team is so important for me in a leadership role, because it can really change the relationship to my team. It creates trust, understanding and respect.”.

Of course, demonstrating knowledge about how her product is built not only helps Julia to understand her team, but shifts the team’s view on her as well. “The moment they realize that you have some technical background and understand what they are doing, you’re no longer just the business girl. You become a team member.”. In the case of Julia, it’s no surprise that her team seems to love her already. She jokingly says “they are wonderful, they even suggested to name themselves ‘dragons’, just so I could be called ‘Queen of Dragons’”.

It’s been eight weeks now, and although she admits the course is hard work, this does not seem to affect Julia’s enthusiasm. On the contrary, when asked if it actually felt like a sabbatical, she replied “It does actually!”. Always being curious and enthusiastic, she adds “I don’t remember a time in my life when I learned so many things. So, learning how to code feels like playing with new toys. I really enjoy it.”.

Indeed, for Julia, the course at Ironhack is not just about professional goals, but about taking an opportunity to challenge herself. Talking about herself, she says, “How much knowledge can you really absorb? You think you’re so smart – go and prove it”.